Reflections on the Rule of St. Benedict 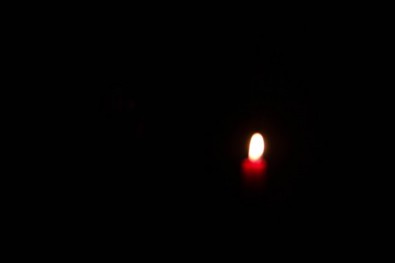 I asked a monk if there was any part of the Rule of St. Benedict that was harder to keep. “Every single page,” he said quickly. Completely living up to the Rule was an impossible task, he acknowledged, but he said it was similar to the Sermon on the Mount. None of us can live by the Sermon on the Mount completely, but yet we try.

I run for exercise and because I enjoy it, and I run in races, not because I’ll win but because I like running them and they give a reason for training. For more than 15 years I tried to run a 5K in under 20 minutes. Elite runners do it under 15 minutes, and the world record is about 12 and a half minutes, so my sub-20 is nothing significant. I tried for years, though, and never came close. One summer I was determined, even posting a note on my cabinet that said, “19:59” as a reminder that any snack I ate might push me over the mark. The closest I came was 21:15. These days I sneak in under 23 minutes, and I know a sub-20 time probably isn’t going to ever happen.

I still try for it though. I’m the dog at the racetrack chasing that rabbit I won’t catch. I like the chase, and it keeps me running, and the chase is enough. We all have things like this, things we’ll never completely realize, but we still try. No parent is the perfect parent; no pastor is the perfect pastor; no one does any job perfectly. We still aim for it even if we won’t reach it.

The monk I met acknowledged this about the Rule; they don’t keep it perfectly, but they try. The trying is enough. Benedict says, at the end of the Prologue, “Do not be daunted immediately by fear and run away from the road that leads to salvation. It is bound to be narrow at the outset. But as we progress in this way of life and in faith, we shall run on the path of God’s commandments, our hearts overflowing with the inexpressible delight of love.” Benedict knew at first those living by his rule would be overwhelmed, but he urged them to keep going knowing that the end of the Rule’s imperfect following was the delight of God’s love.

What, for you, is the ideal you chase, knowing the chase is worth it even if you won’t ever completely catch it?